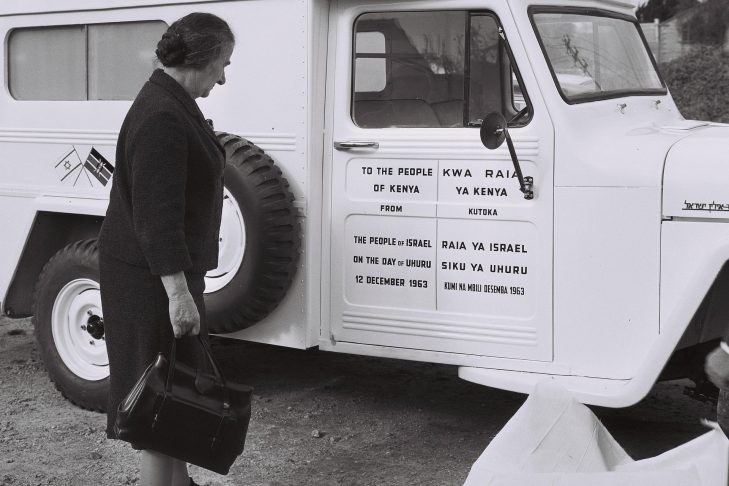 For me, it’s meeting incredible entrepreneurs in Herzliya, it’s eating the best hummus I’ve ever found in a hidden nook deep in Jerusalem’s Old City, it’s spending Shabbat with friends and strangers alike, it’s enjoying a cold Malka beer on the beach in Tel Aviv. To most, Israel is a place of culture, religion, tradition, business and entrepreneurship, and a homeland for the Jewish people. To the media, Israel is often portrayed as a center of conflict and strife.

So how would you react if I said that around the world, there are hundreds of thousands of people who associate Israel as a key global force of humanitarian aid and training?

Israel’s commitment to supporting nations around the world through training, cooperation and development efforts dates back to just a few years after the establishment of the State of Israel.  In 1957, under the leadership of Golda Meir, minister of foreign affairs at the time, Israel established MASHAV, the Agency for International Development Cooperation. Since its establishment, MASHAV has trained close to 300,000 people from over 130 countries worldwide.

Among the many countries that have benefited from the work of MASHAV are those around the Horn of Africa, from Kenya and Ethiopia to Uganda and the surrounding areas. Golda Meir explained why this region is so important to the people of Israel, as well as its similarities to the Jewish state:

“We Jews share with the African peoples a memory of centuries-long suffering. For both Jews and Africans alike, such expressions as discrimination, oppression and slavery-these are not mere catchwords. They don’t refer to experiences of hundreds of years ago. They refer to the torment and degradation we suffered yesterday and today.”

Israel is just 70 years old and its citizens have not forgotten the hardship and challenges of building a state. They have taken their hard-earned knowledge and experience and shared it with nations around the globe to help make their own communities stronger. These relationships have created friendships in unexpected places. Yet, when you ask about the first thing that comes to mind when someone says Israel, humanitarian friendships doesn’t top the list in the minds of the American Jewish community.

In two weeks, thanks to a partnership between CJP and the Israeli government, 11 young professionals from the Boston area are embarking on a study tour to Kenya to see the fruits of partnership that have grown from Golda Meir’s dream and to forge new friendships with Bostonians and Kenyans alike.

The goal of this trip, CJP’s second Project Inspire study tour, is to learn first-hand about the Israel’s development work in Kenya. Through participant blogs on JewishBoston.com, we’ll keep you updated on our travels and introduce you to the people we meet through partnerships of the Israeli embassy in Kenya. We look forward to bringing you along as we learn about Israel’s work supporting people, both Jews and non-Jews alike, across the globe.

The 11 Project Inspire participants are excited to begin this journey. Feel free to reach out and engage with us during this upcoming experience (details below). Here’s a quick introduction to the group: