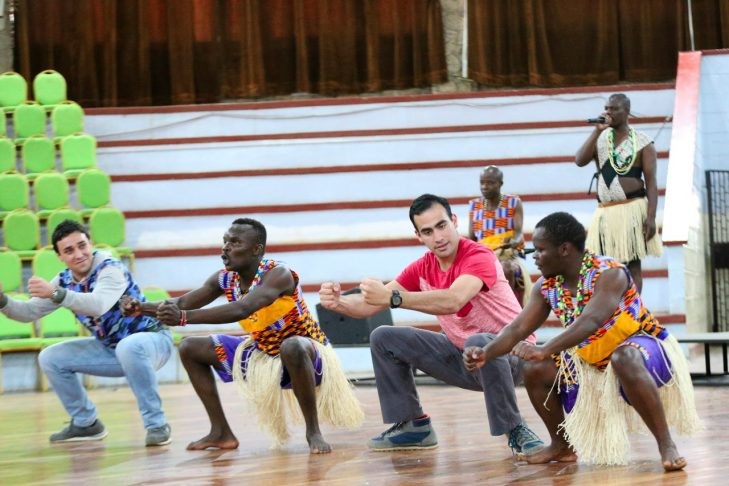 As Jews, we are all descendants of tribes—12, to be exact. While many of the tribes are “lost,” the majority of today’s Jews are Israelites, descendants of Jacob’s son Judah. In Kenya, there are far more tribes and all of them have deep cultural significance in the country to this day. Across the nation there are 42 tribes, each with their own traditions and history.

Yesterday, the Project Inspire cohort visited Bomas of Kenya, a cultural center to highlight the history and traditions of the country’s many tribes. Bomas (Swahili for “enclosed homestead”) shares the story of Kenya’s tribes through four focus areas: cuisine, architecture, dance and artifacts.

We were able to walk through the replica homesteads depicting different structures common to each tribe, including the Kikuyu, Luhya, Massai, Kalenjin and many more. While there were differences between structure, such as the materials used (with regional climate contributing to the optimal insulating materials for each region) and the size of each homestead, there were many similarities across the different homes. The strongest similarity, which resonated closely to most of us as Israelites, was the idea of familial community in the layout and architecture.

Traditional Kenyan families could be structured differently than we’re used to in the West, with men having multiples wives and multiple homesteads, one for each wife. Nonetheless, the idea of bringing family close together and frequently entertaining and sharing meals with family members was prevalent in these structures; an architectural and anthropological theme that resonated with many of us.

The highlight of the experience at Bomas was the immersive experience of Kenyan traditional tribal music and dance, which provided a powerful glimpse into Kenyan tribal culture. The songs and dances were important traditional songs for festivities for each tribe, such as weddings and birthdays.

One part of the tradition that felt familiar was the performance of a song we’re now very familiar with: “Jumbo Bwana.” For those less familiar with the Kenyan version of the song, you will surely catch on to the chorus of “Hakuna Matata,” which, of course, means “no worries.”

Our cohort isn’t shy, so when given the chance to participate, many are eager to give a best attempt at traditional Kenyan tribal dance. The dances ranged in level of difficulty but we all enjoyed the opportunity to take in the local culture and show off our passion and energy through dance and song, while getting a better understanding of the Kenyan tribes. In fact, some of the Kenyan dances even felt a bit like a traditional bar mitzvah hora!

We left Bomas having been introduced to some of the more beautiful parts of Kenya’s culture. As we continue to explore and understand the history of this country, we are able to find connections between Kenyans and the Israeli and Jewish people.