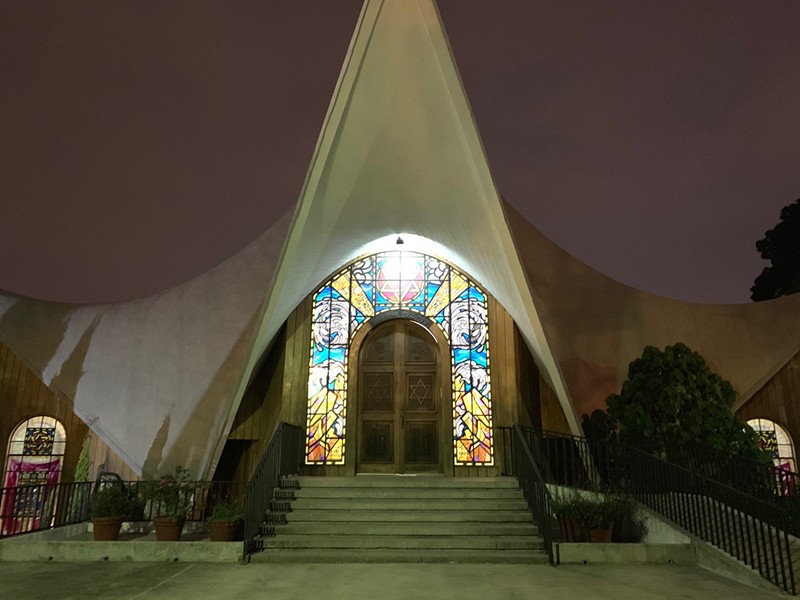 I want to take a moment to tell you about the Friday night Kabbalat Shabbat experience I just had 3,519 miles (driving) from my home. Specifically, in a small Reform synagogue in Guatemala City. This incredibly warm and friendly community meets regularly in one of the most stunning synagogues (architecturally speaking) that I think I have ever seen. The building of this Reform congregation has an almost cavernous feel to it that reminds me of a large circus tent. The walls slope inward in all directions high up to a center point. It’s at this point where they converge on a single metal chandelier that dips back down to the bottom and rests on top of the center bima.

The building really is of this community. And as the service that we attended starts to draw to an end, I start to notice that like the center chandelier, this community seems to converge around the rabbi, a young and very charismatic leader with no microphone. Instead, he belts out his sermons while feverishly pacing back and forth and waving his finger. Unfortunately, I don’t speak Spanish, so I have little to no idea exactly what he was saying. But I’ve seen this performance before, mostly in evangelical churches. I guess it makes sense that a sermon could be performed in Guatemala this way. After all, the country has an overwhelming majority of its population in the evangelical movement. Some crossover is bound to happen.

However, what I found most interesting is that this rabbi is not a longtime staple of this Reform congregation. Rather, he has been the center point leader of this community for a mere two months. What I find even more striking is that his black hat and tzitzits that hang from his suit do not exactly paint the picture of a Reform rabbi. And, for that matter, the mehitza(divider) that cuts through the center of this architectural wonder does not in any way line up with the Reform Judaism that I know. At one point I decide to ask the rabbi about this. His answer is simple and a little cryptic: “We do not make anyone practice more than what they want; the bar for following the mitzvotis here, and we hope people will reach this eventually in their own time.”

As we wrap up the Shabbat meal and the night draws to an end, I learn just a bit more about the history. Through further discussions with the congregation, it’s become clear to me that at one point this congregation truly was aligned with the Reform movement. However, without a robust pool of rabbis to choose from in Guatemala, slowly this synagogue drifted to Orthodoxy. And, I have to admit, while the flavor of Judaism is not exactly my cup of tea, having flan for dessert was something I think all U.S. Jews should start experimenting with. I mean, the stuff is incredible. 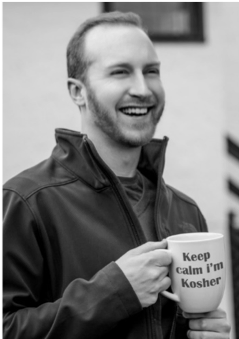 Eli Katzoff lives in the Boston area, where he is an active participant in his local community. Whether he is running for mayor of Newton (his idea of turning all city land into vegetable gardens was not a winning proposition), volunteering as president of a Jewish young professionals’ group (he resigned; I mean, isn’t two years enough?) or teaching Hebrew school and running a youth group on the side (what a mensch!), Eli embodies the concepts of tikkun olam, most of the time. However, his true passion lies in the art of filmmaking and photography, something he has developed into a career when he started a video production company. Through this medium, Eli has helped numerous local and national organizations tell their story and get their message out to the world.