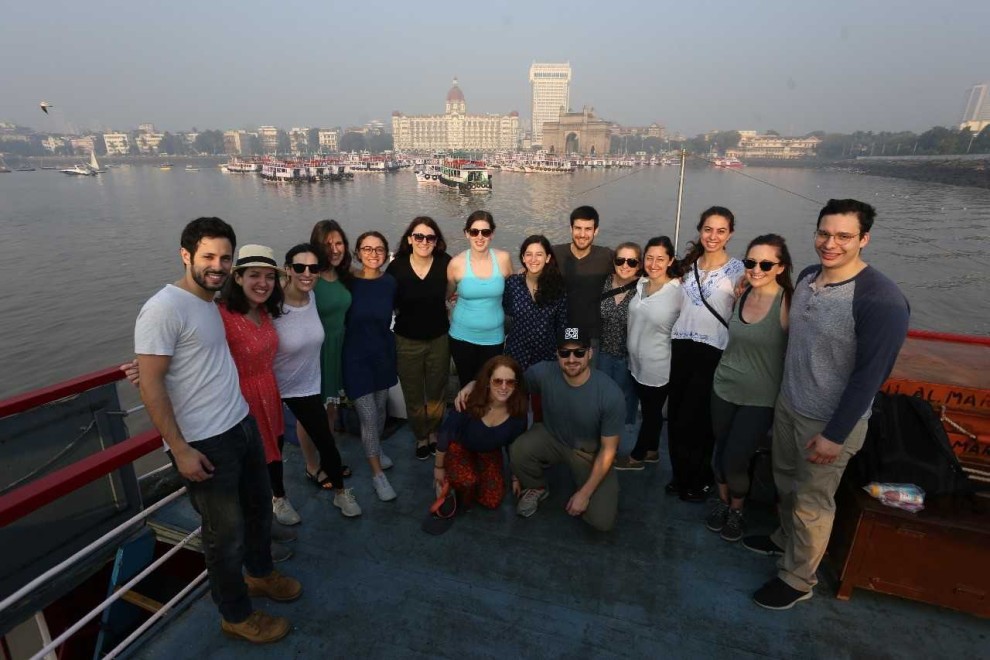 Today, we left the honking, traffic and craziness of Mumbai to visit the birthplace of the Bene Israel, a historic community of Jews in India. We started our morning with a walk to the Gateway of India and boarded a ferry for a peaceful ride across the Bombay harbor. Upon disembarking, we got on rickshaws to take us to the Nagaon beach, where it is believed that the Bene Israel landed in 175 B.C.E.

Our guide, Joshua, explained that the Bene Israel was trying to get to Cochin in southwest India at the wrong time of year. The biblical King Solomon’s trading ships came to India using the monsoon winds, but when the Bene Israel tried to get to India without these winds, 200 Jews died in a tragedy at sea. It is believed only seven couples survived—they lost their ships, their belongings and their community. The local fishermen helped them bury the dead from the shipwreck. Standing on the beach where they landed and hearing the story of these resilient people was a truly unique experience.

We also visited the site where it is believed that those who died in the shipwreck were buried. A memorial was built to commemorate the tragedy in the late 1990s. The tall structure is shaped as a Jewish star and inscribed in English, Hebrew and Hindi. At the memorial, we said the Mourner’s Kaddish to remember the Bene Israel; it was a powerful and emotional moment that helped me feel even more connected to the Jews of India. Knowing we all say the same prayers thousands of miles across the world is truly amazing.

After the memorial, we drove to Alibaug, where we visited one of the original Bene Israel synagogues; coincidentally, it was the 178th anniversary of the construction of the synagogue. As we walked down the streets of the town, we saw mezuzzot and Jewish stars on some of the buildings. There are only about 50 Jews left in the community, as many have made aliyah to Israel, but they still hold Shabbat services with a minyan each month. At the synagogue, we learned about the unique prayers that the Bene Israel perform. One is a prayer to Elijah, whom they believe saved them from the shipwreck. The other is Malida, a prayer of gratitude done for any good occasion, like an anniversary, wedding or the success of a new business. The Bene Israel pray on pressed rice with five types of fruit, and this is typically conducted at home or outside of the synagogue.

Our tour guides, Joshua and Mayaan, are both descendants of the Bene Israel. When we visited the Nagaon beach, Joshua became emotional and told us how proud he is to belong to a community that has lived in India for more than 2,000 years. Many other communities have faded away, but the Bene Israel survived. He believes they survived because they had hope. They have kept their Jewish identity and traditions alive after so much time isolated from the rest of the Jewish world.

Joshua compared the survival of the Bene Israel to the miracle of Hanukkah. The Bene Israel did not know about Hanukkah until they reconnected with the rest of the Jewish world in the 18th century, yet both the story of the Bene Israel and the story of Hanukkah show the hope that the Jewish people have. Not only did the Maccabees have hope that the oil they found would last for eight days, they had the hope to even look for the oil in the rubble from the destruction of the Temple. The Bene Israel lost most of their community, yet the seven couples had the hope to survive and continue their Jewish traditions.

Spending the trip with some of the Bene Israel community in Mumbai has been fun and educational; from learning the similarities and differences between American Jewish traditions and Indian Jewish traditions, to discussing Israel and tikkun olam. Getting to visit the birthplace of their vibrant community after forming friendships with them makes it even more special. 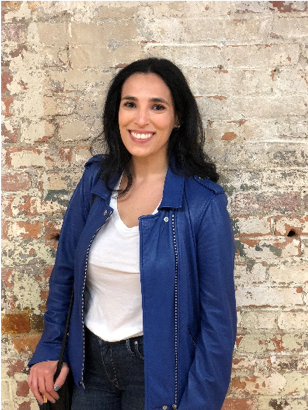 Jordan Wainer is a policy analyst at the U.S. Department of Transportation Volpe Center, with a focus on environmental permitting and freight issues for surface transportation. She graduated with honors from Washington University in St. Louis with a double major in environmental studies and economics and a minor in French. She has participated in CJP’s Dewey Stone Kadimah leadership program and in LEADS as a participant and leader. She has recently volunteered with JCRC’s ReachOut tutoring middle-school students and spends her lunch hour reading to a second-grader every other week. Her interests include travel, group fitness, reading, exploring new restaurants, art and spending time with her family (especially her niece and nephew).