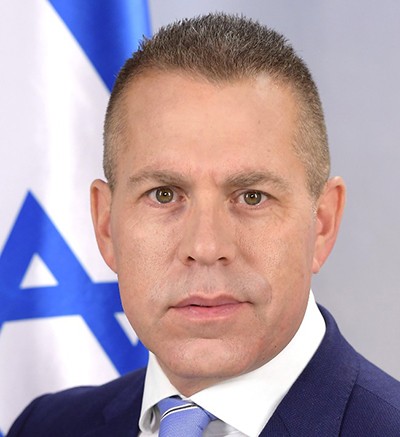 His Excellency Gilad Erdan is Israel's Ambassador to the United States and the United Nations. He is the first person to serve in both roles since Abba Eban in the 1950s.

Prior to assuming his dual role, Ambassador Erdan served in the Israeli Knesset for 17 years and held several ministerial positions including Minister of Public Security, Minister of Strategic Affairs, and Minister of Environmental Protection. He was a member of Israel’s security cabinet and led many important reforms in Israeli society.