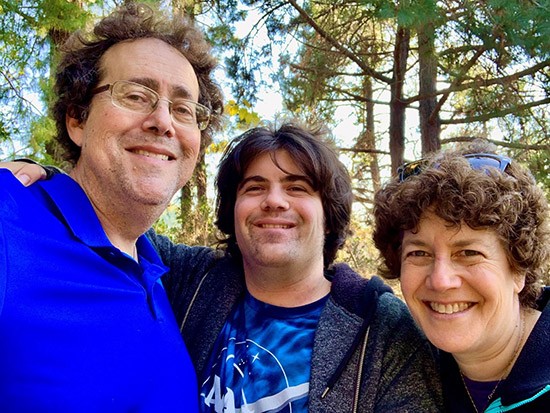 Elana Shavit Artson passionately believes that every person has the right to communicate and has been privileged to support Jacob as he advocates for the dignity and inclusion of all people in Jewish spiritual communities. In addition to being Jacob’s mom and one of his communication partners, she is also a federal prosecutor specializing in criminal appeals.

Rabbi Dr. Bradley Shavit Artson holds the Abner and Roslyn Goldstine Dean's Chair of the Ziegler School of Rabbinic Studies and is Vice President of American Jewish University in Los Angeles. Rabbi Artson has long been a passionate advocate for social justice, human dignity, diversity, and inclusion. A member of the Philosophy Department, he is particularly interested in theology, ethics, and the integration of science and religion. He is also dean of the Zacharias Frankel College in Potsdam, Germany, ordaining Conservative rabbis for Europe. He is inspired by his son Jacob’s resilient goodness and supports Jacob’s advocacy for human dignity and inclusion for all.

Jacob Artson is devoting his life to inclusion for all. He believes that everyone has the right to communicate, to dignity and community, and to live a life of meaning. In his struggle with autism and independence, he hopes to inspire others as they inspire him.