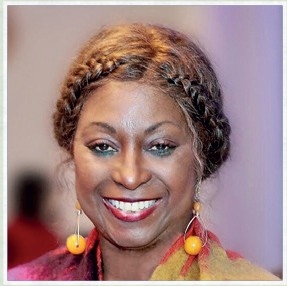 Colette Phillips (Sigd event Moderator): The Boston Business Journal named Colette Phillips one of its Power 50: Game Changers; The Boston Globe named her on its A-List, calling her Boston’s “social connector,” and one of the “must have” people in the room when there are important events. Boston Magazine listed her as one of the 100 Most Influential People in Boston. “Pioneer,” ”visionary,” “connector,” “multicultural marketing maven,” “game-changer” are terms often used to describe Colette, who refuses to be defined by traditional barriers of gender and race.

A risk-taker and enterprising person, she pioneered inclusion/multicultural marketing in New England. She is widely respected and recognized for her amazing ability to build bridges and create cross-cultural and interracial business and social networks and connections. Her breadth of experience spans close to three decades of counseling major corporations, C- level executives, celebrities, world leaders, and mission focused nonprofit institutions and policymakers, as well as successfully managing and overseeing public relations, brand management, corporate citizenship, and inclusion/multicultural marketing campaigns for a number of distinguished clients.

In 2016, Get Konnected!, her multicultural networking event series, made history as the creator of Boston’s first comprehensive compilation of Boston’s 100 Most Influential People of Color, called the GK100 List. In 2020, it was named Boston’s Best Networking Group by Boston Magazine.