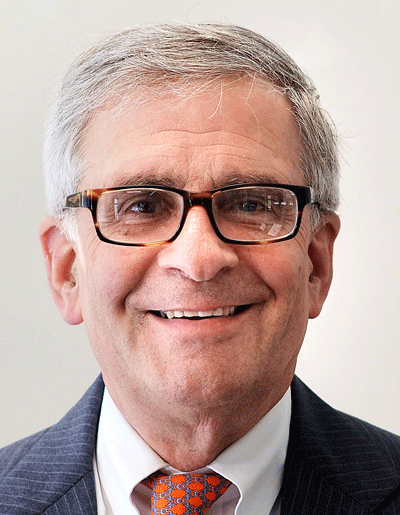 David M. Shribman became Executive Editor of the Pittsburgh Post-Gazette on February 3, 2003. He came to Pittsburgh from The Boston Globe where he was Assistant Managing Editor, Columnist and Washington Bureau Chief.

He served as National Political Correspondent for The Wall Street Journal, covered Congress and national politics for The New York Times and was a member of the national staff of The Washington Star. A native of Salem, Massachusetts, he began his career at The Buffalo Evening News, where he worked on the city staff before being assigned to the paper's Washington bureau.

Mr. Shribman was awarded the Pulitzer Prize in 1995 for his coverage of Washington and the American political scene. He writes a weekly nationally syndicated column, "My Point," and a biweekly column for the Globe and Mail in Canada.

Mr. Shribman was a regular panelist on the PBS show "Washington Week," has appeared on both “Face the Nation” and “Meet the Press,” and is a frequent analyst for the BBC and CBC. His "I Remember My Teacher," a tribute to the nation's great educators, was published in 2002. He has lectured at universities and colleges around the country and taught courses at Notre Dame, Brandeis, Virginia Commonwealth and Gettysburg College. He was a Poynter Fellow at Yale and delivered the Lyndon Baines Johnson Distinguished Lecture at Southwest Texas State University and the Charles Hall Dillon Lecture at the University of South Dakota.

Mr. Shribman is an emeritus member of the Board of Trustees of Dartmouth College and of the Board of Visitors of Dartmouth’s Rockefeller Center for the Social Sciences. He is a member of the selection committee for the Profiles in Courage Award given by the John F. Kennedy Library Foundation and is chairman of the selection committee of the Elijah Parish Lovejoy Award given by Colby College. He also sits on the national board of the Calvin Coolidge Foundation and holds four honorary degrees.

He has been married to Cindy Skrzycki, a University of Pittsburgh professor, for 39 years, and they have two grown daughters, Elizabeth and Natalie.