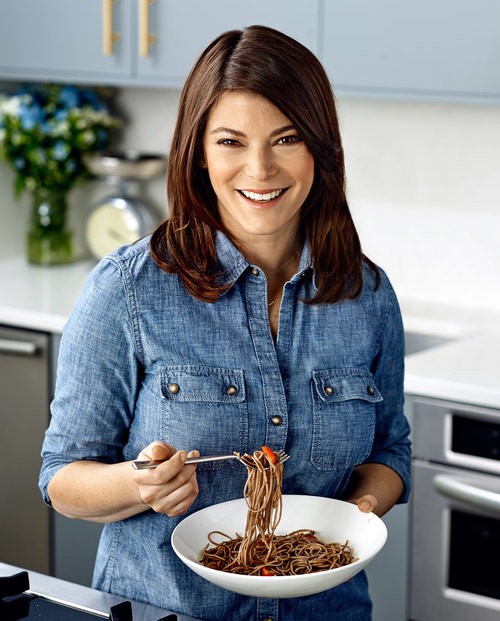 Gail Simmons is a trained culinary expert, food writer, and dynamic television personality. Since the show’s inception in 2006, she has lent her extensive expertise as a permanent judge on BRAVO’s Emmy-winning series Top Chef. Now in its 14th successful season, Top Chef is rated the #1 food show on cable television. Gail was previously head critic on Top Chef Masters and host of Top Chef Just Desserts, Bravo’s pastry-focused spinoff of the Top Chef franchise. She was also co-host of The Feed, which aired in 2014 on FYI, A+E’s new lifestyle network.

Gail joined Food & Wine magazine in 2004, where she directs special projects, working closely with the country’s top culinary talent and acting as liaison between the marketing and editorial teams on events and chef-related initiatives. During her tenure, she has been responsible for overseeing the annual Classic in Aspen, America’s premier culinary event. Prior to working at Food & Wine, Gail was the special events manager for Chef Daniel Boulud’s restaurant empire.

Born and raised in Toronto, Canada, Gail moved to New York City in 1999 to attend culinary school at what is now the Institute of Culinary Education. She then trained in the kitchens of legendary Le Cirque 2000 and groundbreaking Vong restaurants, and worked as the assistant to Vogue magazine’s esteemed food critic, Jeffrey Steingarten. Throughout her career, Gail has contributed to several cookbooks, including It Must’ve Been Something I Ate by Steingarten, Chef Daniel Boulud: Cooking in New York City and The New American Chef, by Andrew Dornenburg and Karen Page. Gail’s first book, a memoir titled Talking With My Mouth Full, was published by Hyperion in February 2012. She is currently at work on on her first cookbook, to be released in late 2017 by Grand Central Publishing.

In addition to her work on Top Chef, Gail makes frequent television appearances on NBC’s TODAY, ABC’s Good Morning America, and Fox & Friends, among others. She is regularly featured in such publications as New York magazine, Travel + Leisure, GQ, People, Entertainment Weekly, Los Angeles Times, and was named the #1 Reality TV Judge in America by the New York Post. Along with her annual appearance at the Food & Wine Classic in Aspen, she makes regular appearances at the nation’s foremost culinary festivals, including the Austin Food & Wine Festival and South Beach Wine & Food Festival.

In February 2013, Gail was appointed Entrepreneur-in-Residence at Babson College, a mentoring role where she works with student entrepreneurs, helping them develop food-related social enterprises through strategic marketing and communications. In April 2016, she was honored with the Award of Excellence by Spoons Across America, a non-profit organization dedicated to educating children, teachers, and families about the benefits of healthy eating. She is an active board member and supporter of City Harvest, Hot Bread Kitchen, Common Threads, and the Institute of Culinary Education.