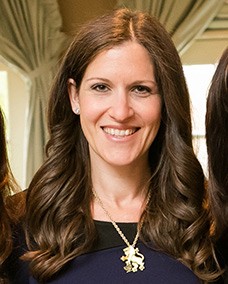 JulieSue Goldwasser is a speaker for the Jewish Federations of North America and a development consultant and writer at CJP. She was honored with the 2015 “Chai in the Hub” Award, which recognizes young Jewish adults who are making a difference in the Boston area.

JulieSue’s favorite role is that of Mom to 6-year-old Ari and his 4-year-old sister, Alison. As a proud “cancer mom,” JulieSue strives to increase awareness of childhood cancer and raise funds for the Dana Farber Cancer Institute. Captain of the Jimmy Fund Walk’s Team Ari, JulieSue has helped lead the team to raise nearly $750,000.

JulieSue is a member of the Leadership Council at Temple Beth Elohim. She lives in Newton with her husband, Matt, and their two children.