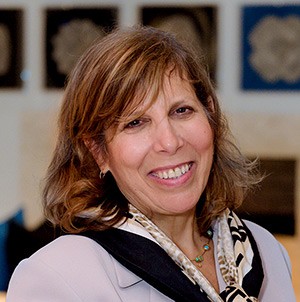 Linda Scherzer is a media and public relations consultant and advises the Jewish community on how to engage in constructive dialogue with the press. Linda was the only North American ever to work as an on-air correspondent for Mabat, Israel Television’s Hebrew news program, where she covered Arab and Palestinian affairs. For more than a decade, Linda has been director of a program called “Write On For Israel,” which trains a select group of distinguished high school students how to become defenders of Israel when they get to college.

Linda is also a former Mideast correspondent for CNN and Israel Television with extensive experience covering the Arab-Israeli conflict. During her years with CNN, Linda covered the first Palestinian uprising or "intifada," the Gulf War, and the Mideast peace process. She is probably best remembered for her interview with Israeli Prime Minister Benjamin Netanyahu through a gas mask during an Iraqi scud missile attack.

She traveled to Damascus twice to report on Syrian attitudes towards the peace process, and produced a one-hour documentary, "Through the Eyes of Enemies: Is the Middle East Ready for Peace" which explores opinion towards Israel in Jordan, Syria, Lebanon and Egypt.