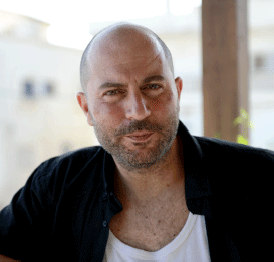 Lior Raz is the lead actor and co-creator of the critically acclaimed Netﬂix drama series, Fauda (Arabic for “chaos”). The series was created by Raz and Avi Issacharoff and is based on their real-life experiences serving in the Israeli Defense Force’s special forces unit.

The Israeli drama, which Netﬂix picked up in 2016, stars Raz as the commander of a mista’arvim, a commando unit trained to operate undercover in the Palestinian territories. Fauda became one of Israeli television’s biggest hits when its ﬁrst season premiered in 2015. The show won six Ophir Awards — the Israeli equivalent of the Emmy — including best drama in June of that year.

Raz and Issacharoff are also creating two additional new series for Netﬂix. One is a straight-to-series untitled CIA drama which will also star Raz. Set to premiere in 2018, the untitled drama is inspired by actual events and follows a high-stakes global operation by the CIA and Mossad to track down and kill one of the world’s most wanted terrorists.

The second project being developed is a political espionage thriller which revolves around a happily married man whose life is turned upside down when his wife is killed in a mysterious hit-and-run accident.

Raz recently starred in the MGM feature, Operation Finale, which is the story of the capture of Nazi Adolf Eichmann (Sir Ben Kingsley), who was considered one of the architects of the Holocaust. After World War II, he ﬂed to Argentina, where he lived in hiding. Israel’s spy agency Mossad eventually discovered Eichmann's whereabouts, and in a tense operation, captured him and smuggled him out of the country. Raz portrays Isser Harel, the director of Mossad who allows Oscar Isaac’s character, Peter Malkin, to lead the Argentina mission.

Lior Raz possesses a deep understanding of the complexities on the ground in the Israeli-Palestinian conﬂict. As co-creator and star of Fauda, he portrays characters on both sides of the dispute with empathy and pathos, giving audiences a chance to leave their preconceived notions behind and understand the disparate motivations driving both the Israelis and the Palestinians, as well as their unifying humanity.

However, in addition to his role on Fauda, Raz lived the conﬂict on the ground as a member of the Israeli Defense Forces. As part of the elite Duvdevan unit, Raz operated in disguise as an Arab civilian in the Palestinian territories, becoming ﬂuent in Arabic and uniquely familiar with the realities of day-to-day life among the people. For him, creating the show itself has been an exercise in healing — not only for himself and co-creator Avi Issacharoff, but for the show’s audience, many of whom are Israeli or Palestinian and have experienced the horrors of war ﬁrsthand.

Raz also discusses his professional experience getting Fauda on the air — from conception, to selling the show, and eventually portraying Doron Kavillio on screen. With two new Netﬂix projects now underway, as well as a feature role in Operation Finale, Fauda was just the beginning of a proliﬁc and groundbreaking new chapter for Raz.

As a veteran, an Arabic speaker, and a creative, Raz’s singular perspective enables him to shine a light on the striking commonalities between parties in conﬂict; the impact of PTSD not only on soldiers, but on the civilian population; and the importance teamwork and cooperation play in conﬂict resolution.