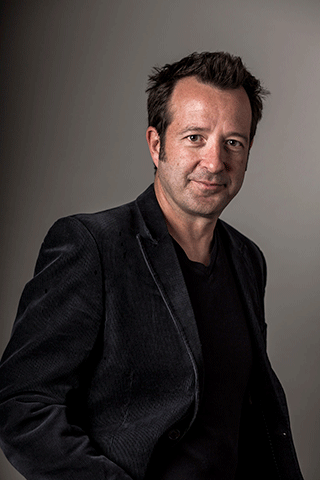 Lou Cove is the founder of CANVAS, a collaborative fund dedicated to a 21st Century Jewish Cultural Renaissance. He is Senior Advisor to the Harold Grinspoon Foundation, where he has created the PJ Alliance – a cohort of mega-supporters dedicated to PJ Library’s national and global growth.

He is also the author of Man of the Year, an Amazon 2017 Memoir of the Year, a PEOPLE Magazine Pick of the Week (“Hilarious and poignant”) and a Booklist Starred Selection (“The kind of book readers fall in love with”).

Lou served as executive director of Reboot — a think tank and incubator for modern Jewish culture – where he oversaw the development of numerous Jewish cultural projects, including Sukkah City, 10Q, the National Day of Unplugging, and the Idelsohn Society for Musical Preservation.

Lou was also vice president of the National Yiddish Book Center where he helped build an endowment, a new building, and a sustainable platform devoted to reclaiming a lost literary canon.