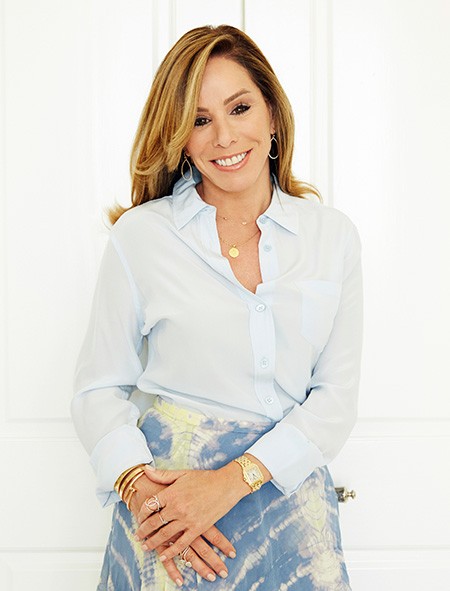 While her professional achievements are plentiful, it is her role as a [single] mother to son Cooper that is her biggest accomplishment.

Melissa has been in the “biz” even since before birth. Though she was born in New York City, she attended grade school and high school in Los Angeles, where her family relocated, and then traveled to the prestigious University of Pennsylvania in Philadelphia to study European History after high school. She graduated with Distinction in Major in 1989.

Melissa’s professional triumphs are extensive and inspiring. Together with her mother Joan Rivers, she created the Red Carpet franchise and phenomenon, eventually developing the special series, “A Conversation With” for Entertainment Tonight, and continues to produce and co-host E!’s “Fashion Police.” Rivers remains an in-demand speaker and is now The New York Times bestselling author of “The Book of Joan: Tales of Mirth, Mischief, and Manipulation” (Crown Archetype), which debuted in May 2015.

In her current role as both an Executive Producer and Co-Host of E! Entertainment’s “Fashion Police,” Melissa shares with viewers her candor, quick wit and meticulous eye for fashion, which she honed throughout her years covering the red carpet for TV Guide and E!. She also starred opposite her mother for four seasons of WE tv’s hit reality series,“Joan & Melissa: Joan Knows Best?”

In her first book, “Red Carpet Ready: Secrets for Making the Most of Any Moment You’re in the Spotlight,” Melissa gave readers a first-hand, uplifting and humorous look at embracing life’s big moments with confidence, fun and style.

Through her devotion to animal advocacy, Melissa became a spokesperson and model for PETA’s highly publicized I’d Rather Go Naked than Wear Fur campaign. Her continued philanthropic efforts have raised funds for the Waterkeeper Alliance, the Elizabeth Glaser Pediatric AIDS Foundation and Bogart Foundation for Pediatric Cancer Research. She is also a board member of the Entertainment Industries Council, whose mission is to lead the entertainment industry in bringing its power and influence to bear on health and social issues.

As an ambassador for OUR HOUSE Grief Support Center, Melissa makes it a priority to raise awareness for dealing with pain and anguish in the wake of loss. In 2013, she received the Good Grief Award for her openness in discussing her father’s suicide and for addressing with honesty, dignity and respect, the subject of death and grieving. In addition, Melissa tirelessly fundraises in order to help provide the many services the Center offers.

Rivers currently lives with her son and two dogs in Los Angeles. In her spare time, she enjoys tennis and surfing.