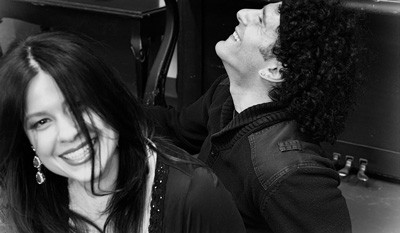 Neshama Carlebach is a leading superstar in Jewish entertainment who continues the legacy established by her father Rabbi Shlomo Carlebach. Like her father, Neshama's talent and charisma captivate and endear her to people of all ages, faiths and backgrounds. She has performed and taught in cities worldwide, has sung on the Broadway stage, has sold more than one million records, and was a six-time entrant in the 2011 Grammy Awards. Neshama is one of the creators of the Broadway play, Soul Doctor. Her ninth recording, Soul Daughter, features performances by the original Broadway musical cast. Neshama is joyfully raising her two sons, Rafael and Micah.

Josh Nelson is a classically trained musician who is equally versed in rock, jazz and world music. Josh combines his broad range of influences into a breathtaking musical style that is accessible to audiences of all ages and backgrounds. Whether appearing solo or with an elite ensemble of world-class musicians, Josh’s presence and performance style is high-energy and captivating. His music builds community, lifting up congregations and concert audiences alike through experiences that are at once energizing and deeply moving.

Neshama Carlebach and Josh Nelson frequently collaborate together, combining two very different Jewish journeys and traditions into a meaningful and uplifting musical experience. Their voices and soulful message bring new-found unity to the Jewish people, both in the Diaspora and Israel. When working together, they create a sound as provocative, boundary pushing, and intimate as those created by their musical and spiritual mentors, Rabbi Shlomo Carlebach and Debbie Friedman.