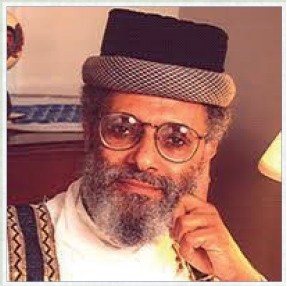 Professor Ephraim Isaac (Sigd event Speaker) is the Director of the Institute of Semitic Studies, Princeton, NJ; Fellow, The Dead Sea Scrolls Foundation (1998 -); and Fellow of Butler College, Princeton University (1995 -). He is a founder and international Chairman of the Board of Peace & Development Center that has been very successful in promoting traditional eldership and peace in the Horn of Africa.

Professor Isaac was decorated/knighted by His Majesty the King of Sweden (12/5/2013) as Order of the Polar Star, First Class for Lifetime service to Peace and Justice. He is also the first recipient of the Morton Deutsch Conflict Resolution Award of the American Psychological Association (8/4/2013). In 2020, he was chosen by Harvard Divinity School (HDS) as a recipient of the Peter J. Gomes Distinguished Alumni Honor award that “recognizes distinguished HDS alumni whose excellence in life and work and service pays homage to the mission and values of Harvard Divinity School.”

An Ethiopian Yemenite Jew, Professor Isaac holds a B.A. in philosophy, chemistry, and music; a B.D. from Harvard Divinity School; and a Ph.D. in Near Eastern languages from Harvard University. The first professor hired in Harvard’s Afro-American Studies Department (1968-77), one of its founders, he was voted the best teacher each year by students and the department that has endowed Harvard’s Ephraim Isaac Prize for Excellency in African Studies.