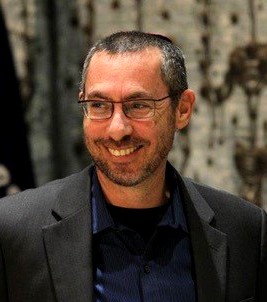 Shmuel Rosner is an Israeli journalist, author, researcher, and publisher.

Rosner is a Contributing Opinion Writer for The New York Times and the Political Editor of LA’s Jewish Journal, where he writes on political, cultural, social, and religious issues affecting Israeli and American Jewry. Rosner has previously been a columnist for the Israeli daily Maariv, The Jerusalem Post, and Haaretz. His writing has also appeared in Slate, Commentary, Real Clear Politics, and many other publications.

Rosner is the author of four books, including three bestsellers in Israel. His books include “Shtetl, Bagel, Baseball: On the Dreadful, Wonderful State of America's Jews” and “Obama vs Romney: A Jewish Voter’s Guide.” Rosner’s most recent book, released in December 2018 in Hebrew, is a groundbreaking study on religious practice and views in Israel.

A senior fellow of the Jewish People Policy Institute, Rosner is considered one of the foremost experts on American and Israeli Jewry. In addition, Rosner is also the Non-fiction Editor for Israel’s largest publishing house — Kinneret Zmora-Bitan Dvir — and has published many of Israel’s leading authors, including Micah Goodman, Yuval Noah Harari, Ronen Bergman, and Yossi Klein Halevi.