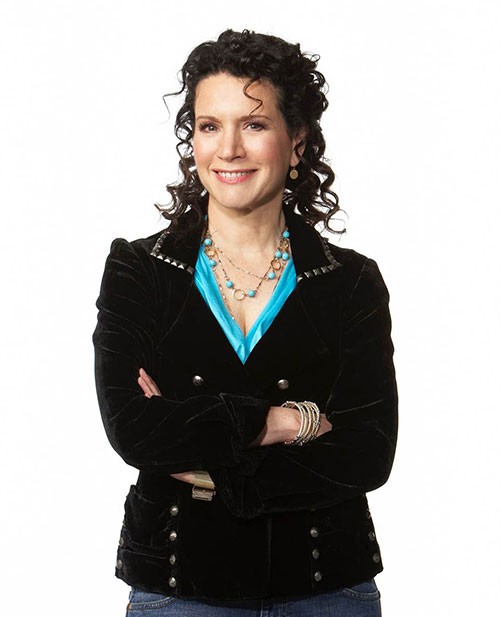 Susie Essman has played the sassy Susie Greene for all nine seasons of the critically acclaimed HBO comedy series, Curb Your Enthusiasm. Her hilarious bouts of withering sarcasm and uninhibited insults have become her character’s trademark, and her streetwise vernacular is perfectly suited for her life in Manhattan, where she has been a veteran of the world of stand-up comedy for 25 years.

Essman has appeared in her own half-hour HBO comedy special, made numerous appearances on Late Night with Conan O’Brien, The View, and Crank Yankers, to name just a few of her many television credits. She has also acted in numerous films, recently co-starring with John Travolta as the voice of Mittens the Cat in the Disney’s animated movie, Bolt.

Essman added published author to her list of accomplishments with her book What Would Susie Say — Bullshit Wisdom About Love, Life and Comedy which was published by Simon & Schuster in 2009.

Essman divides her time between New York City and upstate New York, where she lives with her husband, four stepchildren, and two dogs.