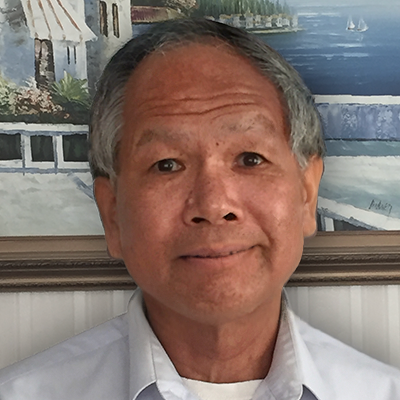 Gene Lee was born in Boston, the third youngest of seven siblings. He grew up in an Irish neighborhood in Dorchester with his three brothers and three sisters. After graduating from Boston English High School, he briefly attended the University of Massachusetts Boston before dropping out. He returned to earn a bachelor’s degree in sociology in 1981.

Afterwards, he worked at the Walter E. Fernald State School and then at Quarterway, two residential programs serving those with intellectual disabilities.

In 1984, he moved to San Francisco, returning to Boston 1992 to marry Katherine, his anchor and the love of his life. Though they originally planned to live in San Francisco, the couple decided to stay in the Boston area to be physically and emotionally close to both sides of their family.

In 1995, Gene was working as a temporary employee in CJP’s mailroom with Ed Quinn. Seeing a stable opportunity to support his family, he was happy to accept the offer of a permanent mailroom position. And here he is, 26+ years later, much more grateful and appreciative.