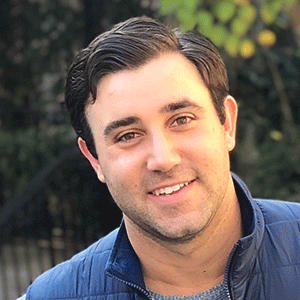 Samuel Andler once heard a peer describe leadership as “being a force multiplier” during a Dewey Stone Kadimah Leadership meeting. Since that day, he has applied this approach to his philanthropy, his involvement in CJP, and to most aspects of his life. Inspired by his parents’ involvement and commitment to the Boston Jewish community and philanthropy, and with the companionship and support of his wife Lauren, his efforts to partner with CJP and multiply the forces of good have led him to take on several roles. Sam participated in LEADS and CJP's Dewey Stone Kadimah Leadership Development Program; he served on the Chai Society Committee, has led a mission to Spain and Israel, was the Co-chair of the Ben-Gurion Society, and sits on both the Next Gen Family Business Steering Committee and the CJP Annual Campaign Cabinet.  Sam loves his involvement and is continually evaluating new and engaging opportunities to give back the community. However, connecting others to outlets for tzedakah (charity) and tikkun olam (repairing the world)— even just human connection — often brings him the greatest joy, as that is truly force multiplying.