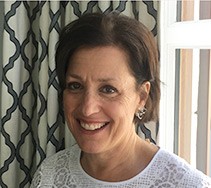 When asked how she got involved in CJP, Marjorie Patkin answers in one simple word: mentorship.

Shortly after Marjorie and her husband moved to the North Shore three decades ago, a new friend invited her to come to a Young Leadership event, where she was introduced to the Federation world. As her involvement grew, she took on various leadership positions. She started by chairing events like Choose to Connect and the Annual Pomegranate Society & Friends Event, went on to serve as Campaign Chair and President of the Women’s Division, and finally became Campaign Chair for the Jewish Federation of the North Shore. Most recently, Marjorie served on the merger task force with CJP and the Jewish Federation of the North Shore, and she now sits on the CJP Development Committee.

“What started by attending a single event turned into amazing growth opportunities because many people cared about my involvement and took time to mentor me,” Marjorie reflects. “I see my role as bringing other women in, being a good ambassador to my community, and following in the footsteps of my mentors.”

She is proud to see her own children, who are young professionals in the community, becoming involved with CJP on their own. “The Federation has always been important to my husband and me, and seeing our kids make it relevant to their lives is incredible.”

According to Marjorie, the merger has further enabled the fostering of connections. Through Women’s Philanthropy, Marjorie has been able to meet a broad range of women from many communities with different professional and personal backgrounds. “We can all learn from each other,” she says, describing the feeling of attending the recent Pomegranate event. "To walk into a room and see 500 women all coming together because they want to celebrate Jewish community is a powerful moment.”