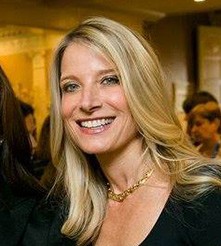 When Robin Gross first moved to Boston, she wanted to learn more about the city’s Jewish community—and find a way to get involved. A friend invited her to a Women’s Philanthropy event, and the rest is history. “I quickly learned that Boston is a special place, and it’s an honor to be part of such a strong, strategic community,” Robin says.

In 2008, she joined the General Board, and in 2010 she stepped up to the Executive Board as co-chair of the New Board Member Development and Orientation Program, originally begun by Ann Levin. After two years, they focused on making the program more accessible, and started a new version which featured a hands-on philanthropy event. Afterwards, then-President Penny Goodman approached Robin about creating the Leadership Development Series as it exists today.

“What I like about the program is that it’s a great opportunity for creativity, collaboration and intellectual stimulation,” explains Robin. “It’s been very gratifying to be a part of this project and extremely rewarding to be allowed to contribute to the development of the content.”

Robin is also currently participating in The Cynthia and Leon Shulman Acharai Leadership Program. “It’s an amazing, dynamic group of engaged people who are committed to leadership. Learning with them is an honor, and it’s been a really rich experience so far.”

In general, Robin’s favorite part of being involved in CJP is the people it’s allowed her to meet, and the amazing friends she’s made. “The connections made through CJP are lasting, because they transcend life stage,” she explains. “Even if you don’t have certain things in common, or your kids aren’t connected, your fundamental values are the same.”