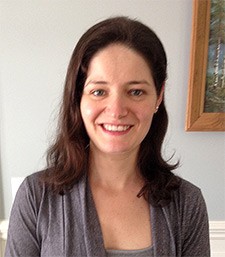 Although she was first introduced to CJP’s Women’s Philanthropy almost five years ago, Sasha Meyerson’s leadership trajectory truly began last year when she participated in the Leadership Development Series, through which she was given the resources to articulate what CJP is about and help others get involved in our community.

Last September, Sasha increased her involvement by joining the Executive Board as Vice President of Young Women’s Philanthropy. She loves that this role gives her the opportunity to create connections through meaningful events.

“Having programs which encourage the involvement of younger women is so important because it brings new energy into the Jewish community,” Sasha reflects. And it provides a venue for women to be role models for the next generation – especially for women like herself who have young children. Sasha’s favorite part of Women’s Philanthropy is the amazing people. She is not only thankful for the incredible women she has the opportunity to work with and the friendships she has made, but she is also inspired by the stories of the people CJP helps.

At the recent POM event, Sasha was moved by the Faces Behind the Dollar speakers – four people from completely different walks of life, each of whom benefitted from a CJP program in a life-altering way. “It’s our duty to help those who are struggling, and knowing that CJP contributes meaningfully to their lives makes our work more special,” Sasha says. “Hearing these people speak to a room of 500 women truly puts the work Women’s Philanthropy does into perspective.”