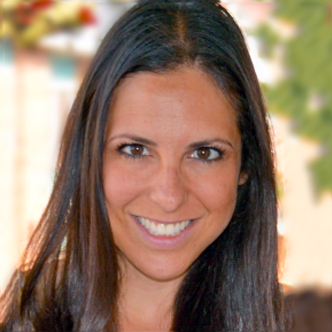 When she moved to Boston from New York City in 2011, Corinne Morahan turned to CJP to meet new people and connect to the community.

“When I first became involved with CJP, the most rewarding parts were meeting and learning from amazing and inspiring women, and attending fun and meaningful events,” Corinne says.

“As my involvement has deepened, I’ve become even more committed to the organization because I’ve seen so many examples of CJP’s impact on our community and around the world.”

Three years ago, Corinne joined our Executive Board as Vice President, Young Women’s Philanthropy. While serving in this position, she has engaged dozens of young women with Women’s Philanthropy programming. She has become a passionate champion for CJP, and has especially been an advocate for our Anti-Poverty Initiative.

“It has also been rewarding to set an example for my kids of the importance and necessity of philanthropy,” Corinne says.

As she cycles off the board, Corinne looks back at her time in Women’s Philanthropy leadership with fondness. She notes a quote from Abraham-Hicks teachings that helped guide her involvement: “A happy life is just a string of happy moments. But most people don’t allow the happy moments, because they’re so busy trying to get a happy life.”

Corinne finds that idea particularly meaningful for women. “We have a lot of pressures placed upon us as women, and we’re all doing the best that we can,” she says. “It’s so important to enjoy the moments that make up our days, weeks, and ultimately our lives. Being involved in Women’s Philanthropy is a fulfilling way to press pause, enjoy the feeling of contributing to the world, and have fun while doing it.”