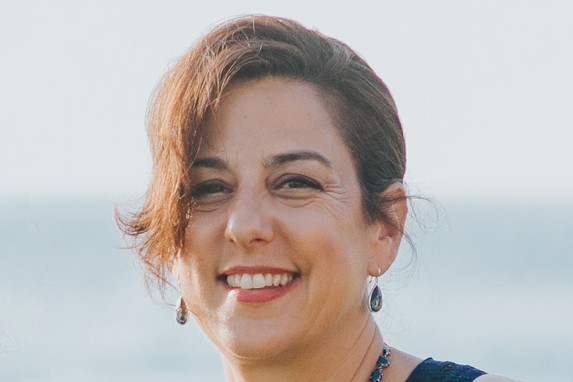 CJP’s Boston-Haifa Connection (BHC) is turning 30 — and we’re so proud that our community has spent the past three decades connecting with the people in our sister city of Haifa. Through programs and partnerships, the BHC has been fostering Jewish identity, empowering at-risk families in Haifa, connecting youth in Boston and Haifa, and more.

Last month, CJP hosted a weeklong celebration for the Boston-Haifa Connection’s 30th anniversary, an opportunity for 60 Israeli partners and volunteers from Haifa to learn about and experience our Boston Jewish community — and deepen our bonds of friendship. A longtime CJP volunteer, Elana Markovitz has been deeply involved in the Boston-Haifa Connection and instrumental in its success.

Elana Markovitz first became involved with CJP nearly 25 years ago, when she organized the preschool area for a CJP-run Israel Independence Day Celebration. Her children were young, and it was natural for Elana — the daughter of an Israeli father and an American mother — to jump into work connected to Israel.

As her children grew, Elana stayed connected to CJP.

“I wanted to broaden my contact with other Jewish people in the Greater Boston area and to do something meaningful,” she says. “CJP was a perfect place for that.”

For the past 10 years, Elana has held leadership roles within the Boston-Haifa Connection, chairing the Living Bridges Committee, the Hatikvah Officers Delegation, and then serving in various BHC capacities.

Through these opportunities she was able to help create true “people to people” bridges between Israeli and American Jews, bringing active Israel Defense Forces officers and Shinshinim (Israelis on a gap year between high school and the IDF) to Boston for learning, sharing, and connecting.

“I’ve always been extremely concerned about the separation between Israeli Jews and American Jews, both here and in Israel,” she says. “The Boston-Haifa Connection has allowed me to do something concrete and hands-on about that.”

Elana says she is proud to have spent so much time working on the BHC, which she describes as “revolutionary” in the way it forges bonds and encourages collaboration between American Jews and Israelis.

Through her years with the BHC, Elana also has been involved with Women’s Philanthropy, attending events and programs, especially those focusing on Israel. Beyond giving her a way to act on her passion for Israel, her time with CJP and WP has led to lifelong friendships.

“The women I have met through CJP are my best friends,” she says. “I’ve met women who are similar in their thinking, inclusive, interested in the world, and kind. They’ve become my community. It was an amazing byproduct of my involvement I didn’t expect or go looking for.”

Learn more about the programs of the Boston-Haifa Connection.