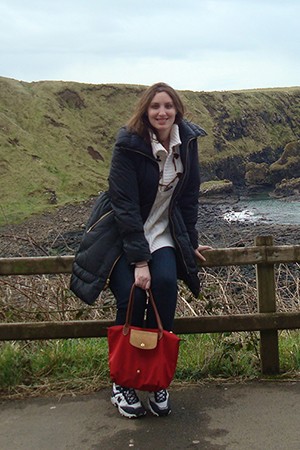 November’s Cool YLDer is Lara Freishtat. Lara recently joined the YLD Board and is co-chairing the Young Adult Night at the Film Festival. She is also on the Board of New Center NOW.

How long have you been a part of YLD and how did you get involved?
I’ve been involved with YLD since 2010.  I had just moved back to the Boston area, from New York City, where I had been living for the previous 6 years.  I was looking for a way to get involved in the young Jewish community and for a way to meet people.  Someone mentioned that CJP’s LEADS program would be a great way to do both and they were right!

How would you like to leave your footprint on YLD?
I think what’s most important to me is that everyone is Jewish in their own way and is as involved as much, or as little, as they want to be. And that they have the opportunities available to them to do so. So I guess if I can help people to do this, I’d be pretty happy.

What is your favorite (Jewish) childhood memory?
It would have to be Shabbat dinners with my family. My parents, brothers and I would have Shabbat dinner together each week and it was always a lot of fun.  It’s one of the first things that comes to mind when I think about growing up and about being Jewish.

Tell us three fun (Jewish) facts about yourself.
1. I went to Camp Tevya when I was growing up, which is located in Brookline, New Hampshire. I also grew up in Brookline, Massachusetts. When I was young, I thought I was super cool when I would joke that I lived in Brookline all year round.
2. My favorite Jewish food is a knish. But only potato or beef!
3.  I’m involved in a variety of Jewish organizations here in Boston, including CJP, ADL and New Center Now.  All very different, but all awesome in their own way!

If you could have dinner with one Jewish person (living or dead) who would it be and why?
I would have dinner with Judge Louis Brandeis, the first Jewish Justice of the United States Supreme Court. He was very progressive, especially for his time, and he was a big supporter of the Jewish people and the formation of a Jewish state. I’d be really interested to hear his views on the world today!