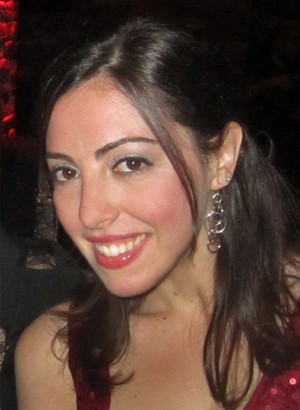 How long have you been a part of YLD and how did you get involved?

I have been involved with YLD since 2009. When I was in college, I was very active with Birthright and I was lucky enough to staff several trips throughout that time. During my senior year, I led the Birthright Boston community bus for college students through CJP. I had not been involved with CJP before then. After I graduated, I staffed another CJP Birthright trip, but this time for post-college young adults. At that point, I decided it was time to “retire” from Birthright trips, and I didn’t know if I would stay involved in the Jewish community (but had an inkling that MAYBE I would. Just maybe).

Simultaneously, CJP was doing its Strategic Plan and decided to place a major focus on engaging Birthright alumni in Boston. I was given the opportunity to co-chair the first Birthright Alumni Engagement Committee for CJP. It was through co-chairing that committee that I heard about YLD; I didn’t know what it was! While co-chairing that committee I did Kadimah in 2009-2010. Now I am serving my 3rd term on the YLD Board. I got sucked in and love it!

Senior Prom in 2009 was my first event—the themewas Mardi Gras night! Deciding on my favorite YLD event is ridiculously hard, so I will cheat.

#1- chairing the Local Mission and showing YLDers fantastic organizations like Gateways and Journey to Safety.

How would you like to leave your footprint on YLD?

This year I am working on Jewish Rituals and Engagement for YLD. Basically, I like to say that I’m helping you find your soft Jewey center. So if you can find that in yourselves and in YLD, and “do Jewish” your way, I will pat myself on the back a little.

I can’t say Shabbat dinner because I was the Jew who went to karate class every Friday night (and maybe the only girl). The most meaningful for me was probably in my last couple years of high school when I took one some leadership positions in my temple’s youth group and got involved with NFTY. Taking on those roles in high school made me lose my shyness. Now I will pretty much do anything or talk to anyone. Except sing a whole song solo in public. But rap? Yes, please.

If you could have dinner with one Jewish person (living or dead), who would it be and why?

Shimon Perez. He is one of modern Israel’s most defining leaders. He is also 89 years old and may be the coolest elderly Facebooker ever. Plus, he usually starts his speeches with “my dear friends” and I want to be his dear friend for realz.