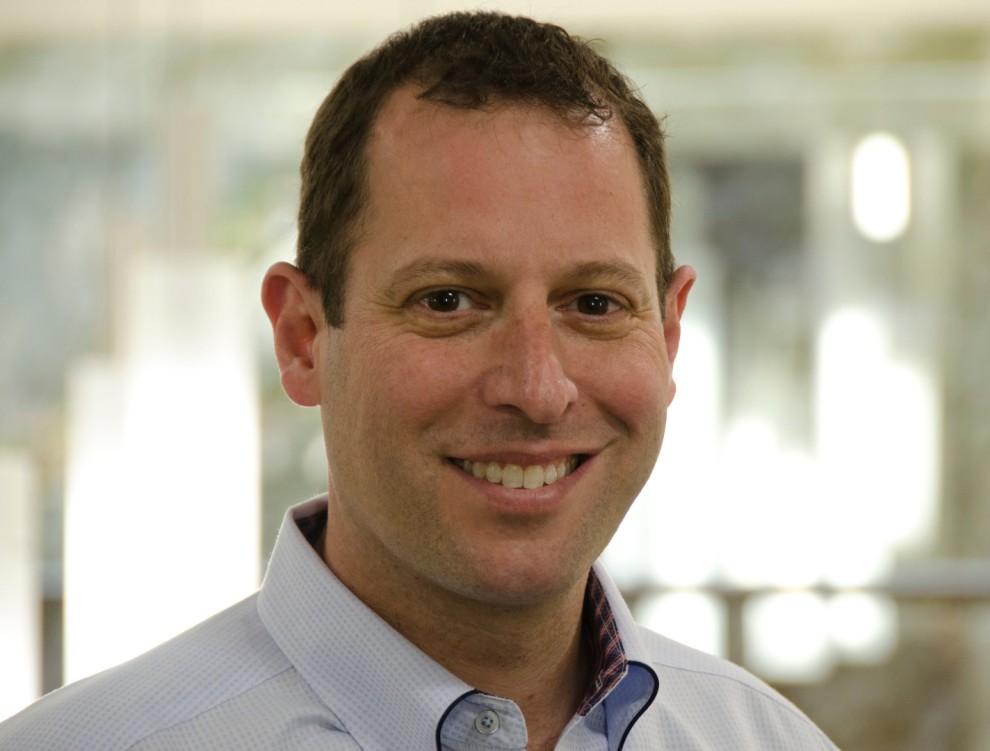 How long have you been involved with CJP – and how did you first get involved?

Around 1997, a coworker of mine invited me along to a few CJP events, including a Nashira Shabbat (which would later become Shabbat Boston). This was a monthly program that gave young adults the ability to attend services at different synagogues, and then have dinner and a speaker or program afterwards. A few years later, a friend started working as a professional at CJP, and asked me to serve on the Shabbat Boston committee. I later co-chaired Shabbat Boston, and that was my first opportunity to serve on the YLD (as it was called) board.

What was your first CJP event? And your favorite CJP event?

My initial involvement in CJP really was through Shabbat Boston. As for my favorite event, that’s easy – the Shabbat Boston that took place on December 13, 2002, at Temple Bnai Moshe in Brighton.

This was our Chanukah-themed event, and the Shabbat Boston committee had put together a Jewish-themed version of the Taboo card game. In order to mix things up, we had everyone switch tables several times during the evening so they could meet new people. On the last switch of the evening, a beautiful woman joined my table, and after the event we struck up a conversation. That woman is now my amazing wife of nearly 10 years, Michelle Stern!

How would you like to leave your footprint on CJP?

I want to make sure that CJP is open and welcoming to anyone who wants to connect with the Greater Boston Jewish community. I was so excited to be involved in the rollout of, and to co-chair, the Young Adult Community Grants program, and to have the opportunity to co-chair PresenTense Boston. It’s programs like these that open up CJP funding and support to a wider base, and help members of our young adult community see that there’s a place for them to make a difference in CJP.

Wow. That’s a hard one because there are so many. My grandmother and grandfather lived a few blocks away from us growing up, and my family made a lot of great memories spending time with them on Shabbat, holidays and every day. One day, about 6 months before my bar mitzvah, I was in their den sitting on the couch, and my grandfather was sitting in “his chair.” He asked me what Haftorah I would be reading, and I told him “Machar Chodesh,” which is the Haftorah  read on the Shabbat right before the new moon. He asked me to chant it for him. I told him I didn’t know it perfectly yet, but he insisted.

So I began, in my twelve-year-old, pre-pubescent, cracking voice, "Vayomer lo Yehonatan machar chodesh..." A few lines in, I look up and tears were streaming down his cheeks. I finished, and he wiped away the tears and a big smile made its way across his face. I got up from the couch and crossed the room to give him a big hug.

Several weeks later, my grandfather passed away. Though he wasn’t there to see me called up to the Torah as a bar mitzvah, or to hear me read the Haftorah that day, it felt like he was out there sitting in “his chair” in the synagogue.

Tell us three fun Jewish facts about yourself.

If you could have dinner with one Jewish person (living or dead) who would it be and why?

It would probably have to be John von Neumann. He was a brilliant scientific thinker and made major contributions to mathematics, physics, economics and computing. It’s difficult to think of anyone else who contributed so much to so many fields. Apparently, he also had a great sense of humor and loved to share Jewish jokes.