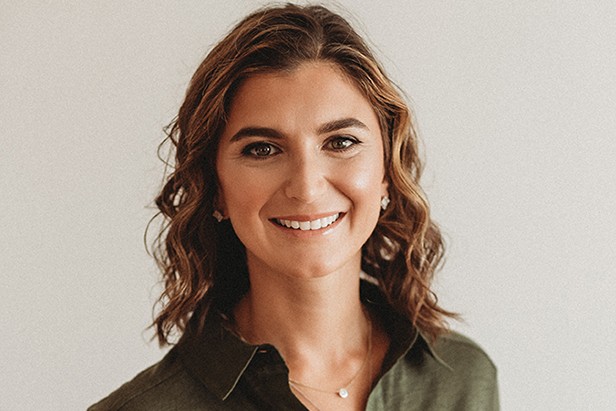 From a young age, Jen Price learned the importance of getting involved and giving back.

Growing up in Wayland, her parents and members of the Temple Shir Tikva community modeled tikkun olam (repairing the world) and tzedakah (charity). During her college years at Lehigh University — and beyond — she put those values into action by volunteering with a variety of organizations.

After graduation in 2011, Jen returned to Boston and wanted to continue being part of a community that cares. Through colleagues, she found peers in the real estate industry who were connected to CJP, and began attending networking and social events.

“l loved knowing that the values from my Jewish upbringing were the same values reflected in CJP and its work to create a better world,” says Jen, who works in acquisitions and asset management at a Boston commercial real estate firm. “I was really fortunate to have found CJP and feel so connected to it. I decided I wanted to help other young professionals find their way in CJP.”

Jen jumped in; she participated in the Dewey Stone Kadimah Leadership Program and became actively involved in a young adult giving society. She then went on to double her gift to CJP and eventually serve as Co-chair of The Ben-Gurion Society, a national donor recognition group for young adults ages 22–40.

Now, Jen has stepped into the new role of Vice President of Giving Societies on CJP’s Young Adult Philanthropy Board, working strategically to help her peers continue their journeys with CJP.

“For young adults, the idea is for them to get involved now and to have them grow with CJP,” she says. “Understanding the causes and the philanthropy aspect is the core, but the programming and services for members of Boston’s Jewish community is also an incredible part of the organization.”

For Jen, CJP introduced her to a network of professionals to help her kick-start her career. A decade later, CJP provided a welcoming community as she prepared for her interfaith marriage, offering resources and a connection to organizational partner 18Doors to help with wedding planning.

Recently married, Jen and her husband look forward to continuing to lean on CJP as they start their new life together.

“Overall, CJP has become a meaningful part of my adult identity and an organization that I want to help others to find. Many of us learned early on that it’s our responsibility and obligation to show up for the Jewish community and CJP provides an outlet to do that in many ways,” Jen says. “I’m really proud of my involvement and I want to continue stepping up to lead and to give. If CJP asks for my help with something, my reply is always the same: ‘I’m in. What do you need?’”