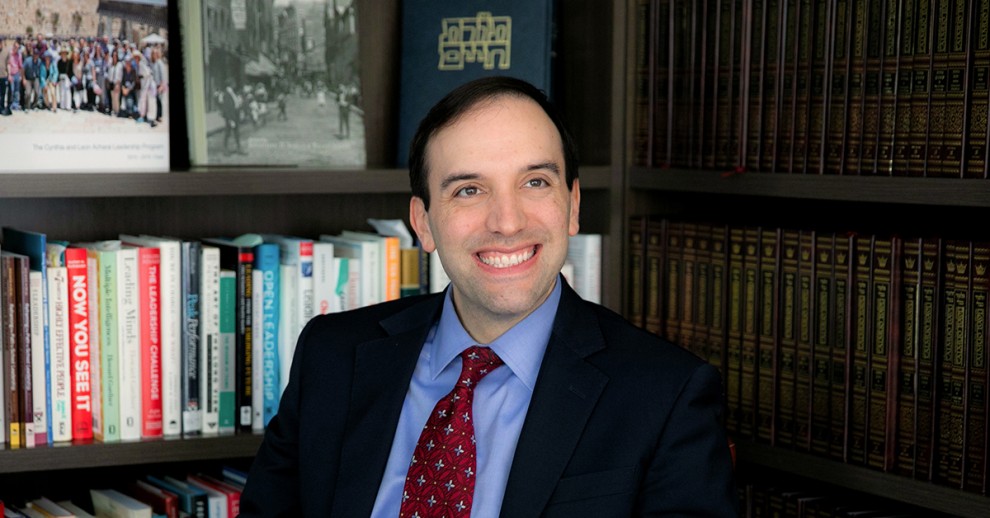 One of the themes that has emerged as a pressing issue for CJP, our community, and society more broadly is the resurgence of antisemitic speech and acts, from historic tropes and slurs knowingly or unknowingly repeated by politicians to horrific acts of violence.

Throughout my listening tour last year, it became clear that this is on the hearts and minds of our community; there is an appreciation for the organizations, like ADL, JCRC, AJC, IAC, and others who are doing important and effective work, yet there is a sense that we need a more collective, proactive approach. CJP is taking this to heart and I look forward to sharing more about what this collective approach might look like in coming months.

In the past week, the rhetoric around U.S.-Israel relations and Jewish voters deepened the distress and anger that many of us feel as we watch the politicization and weaponization of Israel and the American Jewish community by politicians in both countries. Students of Jewish history fear that this kind of conversation does not usually end well for us and that this is a lose-lose scenario for the Jewish community.

This week I received a powerful and heartfelt email from a member of our community that articulately expresses in a personal way so many of the fears that I have heard from others as well. When I am able, I want to lift up voices of our community, which capture the essence of what many are feeling better than my own words could. So, below are excerpts of her words, which I share with her permission, as a reminder and challenge to all of us.

Next weekend we begin the Jewish month of Elul, the last month of the Jewish calendar that leads into the High Holidays. It marks the beginning of a 40-day period of reflection and introspection in preparation for Yom Kippur. Both as a Jew and an American, I feel this is the perfect time for much-needed soul searching. Reading stories like these and taking the time to remember the lessons of our past in the context of the stark realities of the present can help clarify and motivate us to take responsibility for our collective future.

In response to your question, I am not sure what others in our community need right now. However, I would love a commitment to action and producing meaningful educational programs helping our community to identify antisemitic tropes and stereotypes, combating antisemitism on social media, and access to increased funds for security at day schools and synagogues . . . Deborah Lipstadt wrote in her book Antisemitism: Here and Now, “Antisemitism flourishes in a society that is intolerant of others, be they immigrants or racial and religious minorities. When expressions of contempt for one group become normative, it is virtually inevitable that similar hatred will be directed at other groups.”

Sadly, this story is all too familiar. Sitting at our dinner table my father often reminds us that these tropes and dogwhistles are reminiscent of his childhood in Hungary. . . Knowledge of antisemitism and the atrocities of genocide have been a part of my consciousness for as long as I can remember. I was raised by a community of survivors. I was told repeatedly as a child that I should never make the mistake of feeling too comfortable in this country. As an idealistic youth I rejected this notion; these words now sit like a weight on my heart.

. . .We again are living in an era when political leaders question long-standing scientific facts (or simple “facts”), even those proven by research and hard data, in favor of ideas and rhetoric that are politically expedient and opportunistic. “Blood and Soil” was chanted in Charlottesville, Virginia as neo-Nazis took to the streets. This chant preaches an ideology that only ethnically pure white people have rights as citizens. Two years later this chant is a distant memory, as members of our community, and most Americans, have no sense of its history or meaning. Since Charlottesville, 12 Jews were murdered in their houses of worship and locally there were two attempted arsons at synagogues. The “dox”-ing of Jewish communal professionals, school teachers, and journalists and repeated antisemitic tweets by political leaders from both major political parties have created a climate where antisemitism and its public expression, as Lipstadt warned in her book, has become normative.

I firmly believe that CJP needs to find its voice on this issue.

Thank you for all you are doing for our community during complicated times.”