Watching Dave Chappelle’s opening monologue on Saturday Night Live from this past weekend, I was filled with outrage, sadness, and fear – sentiments echoed in the many emails and messages I’ve received from community members this week.

Chappelle’s monologue came just two days after the Anti-Defamation League’s (ADL’s) annual summit in New York called, “Never Is Now.” The ADL is one of our core partners in the fight against antisemitism and hate, and its event drew over 2,000 participants in person and more than 5,000 online – from every background and generation – to hear from political, business, and cultural leaders about how we can and must face and combat the growing trends of antisemitism, bigotry, and hate in this country.

“Never is now” is exactly how I felt when I watched Chappelle’s monologue. I have read dozens of articles and social media discussions about it, including this piece by Rabbi Jeffrey Salkin that I think helps to simplify and clarify what was so outrageous and upsetting.

Some people I’ve spoken with didn’t see the monologue as antisemitic, but just as irreverent satire, true to Chappelle’s style. Some acknowledged the problems with the monologue but defended, or at least debated, the importance of comedy and satire, and the positive roles humor can play in a healthy democracy. Others focused on this as an educational moment for dialogue and learning, both about antisemitism and racism in America.

I agree that satire can play an important role in challenging us to look with a critical eye at ourselves and our society. As a Jewish community, we need more introspection and conversation about the relationship between antisemitism, anti-Black racism, and other forms of discrimination and hate.

However, what’s clear to me is that many defenses of Chapelle miss the most painful and glaring point that I thought was best captured by theater critic Adam Feldman, who noted that “the monologue probably did more to normalize antisemitism than anything Kanye said.” As I watched the monologue, I heard the steady drumbeat of age-old antisemitic tropes and conspiracy theories. I watched the audience laugh and cheer these frightening accusations against Jews. As a result, the monologue was not funny at all to me — it was scary. I especially fear that this monologue stoked historic tensions and promoted the unhelpful competition between anti-Black racism and antisemitism, precisely at a time when we need to stand with one another against every form of hate.

This week, I have thought a lot about how to turn fear, worry, and outrage into action. For me, the monologue served as another reminder that never is, indeed, now, and that we have tremendous work to do. CJP is confronting the troubling rise of antisemitism and anti-Zionism through powerful community initiatives and by amplifying the important work of our partners. To access resources, hear from local voices, and find ways to take action, explore our antisemitism page.

We will continue to work closely with the ADL and others to educate, advocate, help, and encourage our community – along with friends and allies – to face Jew hate and to stand up against it and keep our community safe and secure. We will work together to build purposeful, joyful, welcoming, and inclusive Jewish communities that empower and inspire – especially our next generation – with the knowledge, confidence, and pride to fight for our dignity and human dignity everywhere. 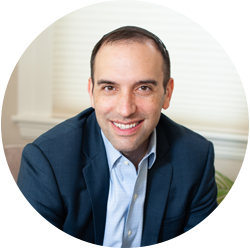