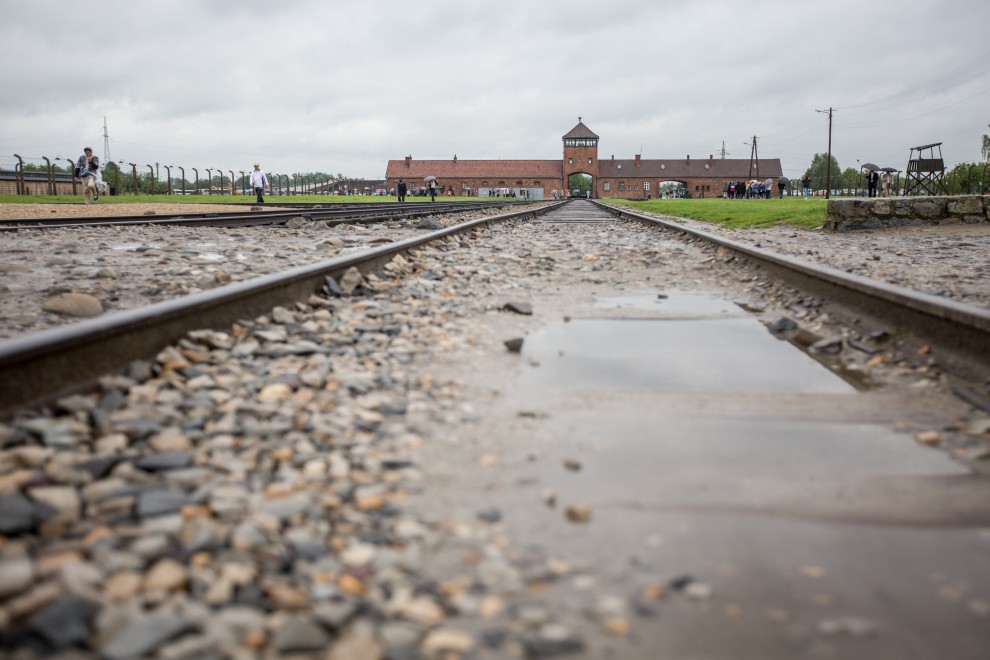 “Those who cannot remember the past are condemned to repeat it.”
-George Santayana

“More and more we seem to be having trouble connecting our historical knowledge with our moral choices today. I can imagine a society that understands history very well but does not draw any conclusion from this knowledge.”
-Piotr Cywinski, Director, Auschwitz-Birkenau State Museum

As we near the end of a week that was historic for so many reasons, some deeply polarizing, we should not lose sight of the almost redemptive feeling of unity with which the week began.

Monday was the 75th anniversary of the liberation of Auschwitz. At a time when antisemitic sentiment and violence is on the rise, leaders from around the world and backgrounds pledged “never again” to the murderous hate that ultimately led to the death camps and destruction that was the Holocaust.

Perhaps most remarkably, Israeli Prime Minister Netanyahu and President Rivlin convened the World Holocaust Forum in Jerusalem this past week. It was one of the largest gatherings of heads of state in Israel’s history, with 49 countries represented.

In the words of President Rivlin: “Today, we mark the ability of the international community then to unite, to work for a common goal, and the duty and the imperative of the international community today to continue to work together on the basis of shared values as we face antisemitism and racism, radical forces that spread chaos and destruction, hatred, and fear of human dignity and humanity itself.”

One of the most meaningful moments of the event for me was when German President Frank-Walter Steinmeier spoke– in English so as not to upset the survivors in the venue – about how his country has failed to learn from history and about what Germany must do to “live up to its historical responsibility.”

In doing so, he sounded a charge that should be heard around the world. We live in a different age than 70-80 years ago. The words have changed, and so has the choice of messenger, but the evil is the same. And that’s the evil that the world must confront.

One of my friends who was in Israel on Monday heard an Israeli rabbi capture the power of the moment this way: If you told survivors of Auschwitz upon their liberation that, 75 years later, leaders from around the world would be gathered in a Jewish State to proclaim “never again” and take responsibility for their nations’ role in the Holocaust … they would never have believed it.

This gathering of world leaders in Israel to remember and to pledge to learn from history bore witness not only to the horror and tragedy of the past, but also to the extraordinary resilience and miraculous rebirth of the Jewish People, and the enduring flame of our shared humanity.

Our will to remember and our capacity to learn and change for the good enable us to redeem ourselves from the condemnation that George Santayana describes. How appropriate that this historic week takes place as our Torah reading cycle nears the climax of the Exodus story.

I am always struck by a stark break in the narrative just before the Israelites leave Egypt. Before the 10th plague, before the parting of the sea, before the Israelites are physically liberated, God commands them to remember what they are about to experience by celebrating the Passover holiday every year and telling the story to future generations. Even before the experience itself concludes, it is seared into the people’s memory for eternity. Redemption and remembering are inseparable.

Memory – of both the trauma and the liberation from the many “Egypts” throughout our history – is the spiritual and existential foundation of Jewish identity and moral consciousness. It is the original source of “never again,” which is a clarion call both to our self-preservation and to our universal ethical responsibility. We remember that antisemitism can rise up in any generation and we need to be prepared and empowered to fight it, in all of its forms. And, we stand with and fight for “the stranger” and the vulnerable against all forms of tyranny, oppression, bigotry and hate because we remember what it was like to be slaves and to be liberated, whether thousands of years ago in Egypt or 75 years ago in Auschwitz.