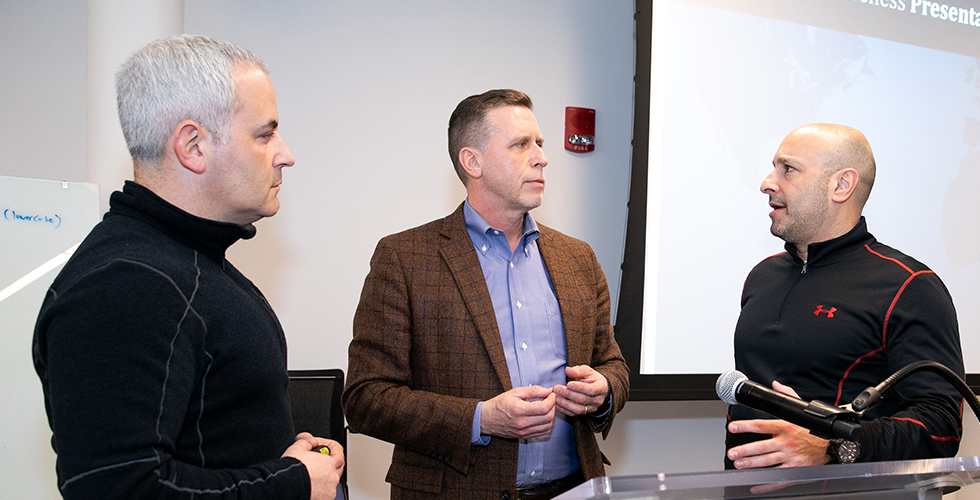 Secure Community Network's Stuart Frisch (left) and Doron Horowitz (right) have trained people across Greater Boston on safety-related issues. CJP's Jeremy Yamin (center) said these courses are “based on what our community is asking for.”
Last spring, Richard Tenby was celebrating Purim at his synagogue when someone entered wearing an intricate, flowing costume that concealed their face. Many congregants dressed up for the holiday, so this individual didn’t draw much attention. But Tenby knew attacks on houses of worship were on the rise. And he knew someone with vicious intentions might cover themselves in such a manner.
On March 8, at a CJP JEMS Security Training Course, Tenby recalled the anxiety he felt as the stranger walked in. He hadn’t known how to react, he explained, so he took no action.
After the CJP training, however, Tenby felt confident he could handle a similar situation differently. He said he’d alert security personnel immediately if they were on-site. Or, if help weren’t nearby and he felt safe to assess the situation, he would approach the visitor, shake hands, strike up a friendly conversation, and observe their body language as they spoke.
The instructors nodded in approval. In this moment, CJP achieved measurable progress toward a crucial goal: to help create a culture of security throughout the Greater Boston Jewish community.

This class, and many others like it, are a response to calls from community leaders for education on safety-related topics. CJP’s Jeremy Yamin, Associate Vice President, Director of Security and Operations, and Dan Levenson, Deputy Director for Communal Security, have taken the lead in designing these courses. Some take place at CJP’s headquarters; others are held throughout Greater Boston. All are provided at no cost to participants thanks to the generosity of CJP donors.

Each class is tailored for the particular audience, ensuring everyone — rabbis and guards, ushers and greeters, teachers and congregants — receives the instruction appropriate to their position. Offerings include basic, low-level training that can be used at all times, like situational awareness and an understanding of existing security policies unique to each institution, as well as high-level crisis response training.

“We don’t want people to be scared. We do want people to be aware in a productive way,” Yamin said. “We're looking out for one another. It's true communal security, and the police officer and the security officer are key elements, but they're not the only elements. We want those roles to work in conjunction with everyone else in the institution.” 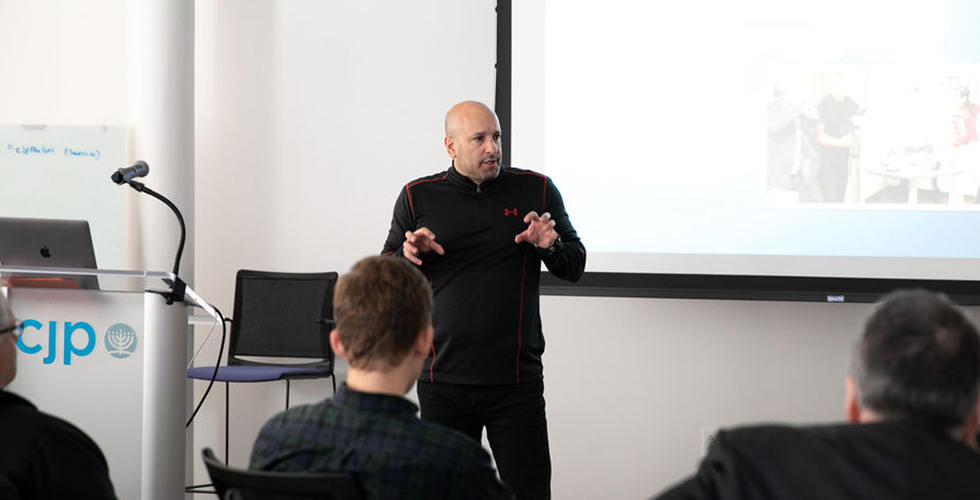 Two organizations that have helped bring this training to the community are Temple Beth Shalom (TBS) in Needham and Temple Israel (TI) in Boston.

Ellen Dietrick, Director of Early Childhood Learning at TBS, has helped facilitate three sessions to date. Through small-group facility assessments and large workshops, Dietrick has seen the congregation as a whole benefit from CJP’s engagement.

Greeters, ushers, and members alike have participated. They’ve learned how to recognize patterns of concerning behavior, to strengthen relationships with local police, and to balance a sense of welcome and a need for security. They’ve learned how to screen people at the door, too, and have received ALICE training, which offers instruction on handling violent intruder events. CJP listened to TBS leadership and congregants' concerns, provided options and recommendations, and served as a sounding board while TBS upgraded security at its facility.

“The ability to customize the training to the needs and programs of our specific institution makes these sessions very relevant,” Dietrick said. “The interactive nature, along with the opportunity to ask questions, helps us clarify our thinking and move our security initiatives forward.”

“CJP has done a terrific job bringing leaders together, so that we are not replicating efforts and never feel alone as we embark on these important matters,” said TI’s executive director, Dan Deutsch, who has attended several CJP JEMS sessions. “This is a perfect example of how CJP can combine resources and strengthen many individual organizations. Jeremy and Dan are doing a tremendous job providing support, consultation, and training for dozens of organizations.” 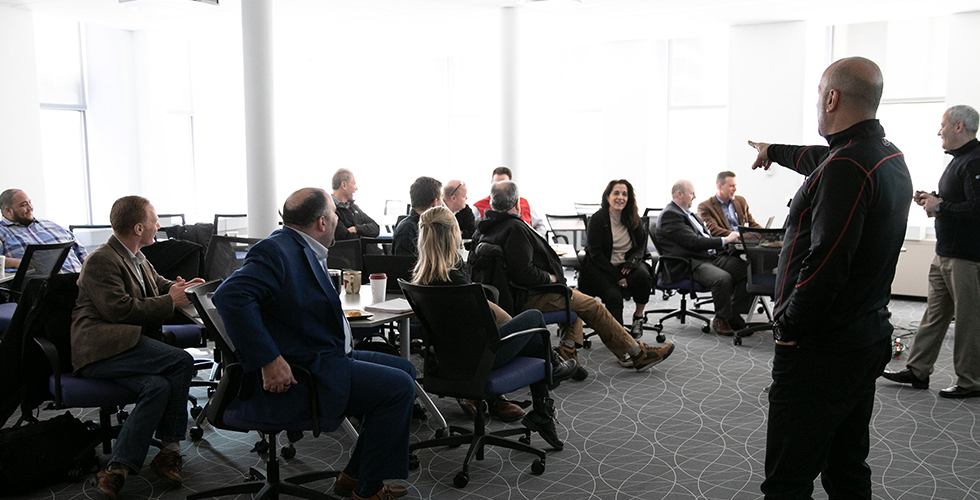 ‘Safety and security is everyone’s responsibility’
Requests for these courses have increased due in large part to swelling waves of violence and anti-Semitism. Following the tragic shooting at Tree of Life synagogue, a number of survivors said training provided by the security director at the Jewish Federation of Greater Pittsburgh helped save their lives.

“In this day and age, safety and security is everyone’s responsibility,” said Kenneth Berkowitz, Canton’s Chief of Police, whose department has worked with CJP and synagogues to reinforce these trainings. “The days of doing nothing or taking shelter and waiting for the police response are over. Most incidents last only a couple of minutes. Congregations need to know tactics and strategies that will buy them time until the police arrive.”

Through all this preparation comes self-assurance and greater peace of mind. Tenby and many participants report feeling more prepared to handle a potential threat after taking part in a CJP JEMS training. “It’s vital,” Tenby said. “Education and awareness are always good.”

Learn more about CJP’s communal security efforts, our upcoming trainings, and how your Jewish organization can participate.
Share